Hello to anyone who stumbles here. You may have an interest in writing or you may be here to find out more about me or, as I imagine for most people, you’ve stumble upon my blog by happy coincidence. I will be posting up some of my work soon however I wanted to direct your attentions to a link I found recently on Pinterest which I found really useful. 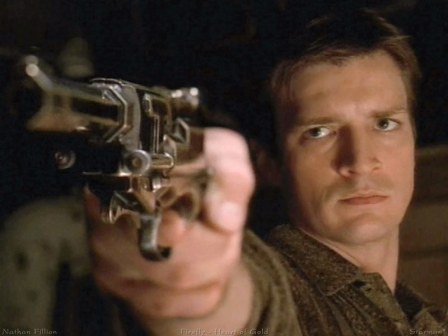 If you too have an interest in writing but have no formal training (like myself) you may find this interesting if you struggle on plotting your story.  I used to consider myself a pantser (someone who flies by the seat of their pants and works stuff out on the go) and I still am to a certain degree but after having some many of my writing attempts thwarted after getting part way through I knew that some planning was needed.

After trying a few different tricks I managed to get myself semi-happy, however, I hit a wall that I couldn’t seem to get beyond. I knew where I wanted my story to go, I knew what almost all the characters were doing but I didn’t really know why.  I was trying to write a scene where my characters had a sit down and chatted about what their next moves were… only problem was,  they were all sitting there looking at me waiting for me to take the lead.

Why Had I lead them down a desolate, wintery path? What was going to happen next?What did they have in common?  Where were they in their own personal journey?  I just didn’t know. I knew that I needed to look for something to help out and I found this site – mythcreants.

This site was perfect for me.  It spoke in terms that I could understand – nothing too pompous or complicated. It also gave examples by using well known films to illustrate the character arc for the main characters. It was there in black and white.

I didn’t know what my characters were supposed to be saying to each other because I didn’t really know who they were or where they were really going and why. I had the general direction but it was very to dimentional and not very detailed (as per my pantser roots)

I closed up my word document (pressing the hell out of the save button) and I read and reread the link above.

I started to put down everything I knew about the characters back story and why they wanted what they were wanting. I found out things about my little darlings which I had never known before and as I delved deeper into their back story. They gave up answers for things I hadn’t even considered, details about their culture and about their live before hand.  They told me how they felt at being abandoned or what they were thinking when they betrayed their loved ones.

It gave me a clear and more concise idea of what was going to happen further on down the line. My head was suddenly flooded with scenes and situations, of glympses of possible futures and potential battles and outcomes.  Suddenly characters which had been a complete mystery to me became clear and rounded.  They stopped being a two-dimensional character on a flat laptop screen and became an actual person who could actually exist.

The more I wrote for each character, the more ideas sneaked out and began to germinate. When I finally sat back and reread what I had written I realised that it made so much more sense as to why these people were doing what they were doing. It was like having a jigsaw but not the picture.  Suddenly the jigsaw was almost complete and the picture was beautiful. I could finally see how everything clicked together and where any other pieces needed to be.

I’ve now got a clearer idea of who my characters are and how much more I can push them before I break their fragile little minds (Joke! I’m not George R.R. Martin!) But seriously.  I now know how to push and pull my characters to get the best out of them and the story and hopefully enough that I can sweetly torture any reader that crosses its path.

Have you found any useful tips as you’ve been researching?  what tips do you use?  Did you find this post helpful? I look forward to hearing from you.

Anyway, I’ve got some ideas to flesh out and input but I hope this has been helpful. Please let me know what you think of both my stuff and also my site. 🙂 Thanks for reading!